Dr. Garcia is a direct descendent of

SMUTTY BEAR was ​Chief (Itanchan) of the Igmu Oyate (Cat People), which is one of the Oceti Sakowin (Seven Council Fires) from the Ihanktonwan Dakota Oyate (Yankton Sioux Tribe).

The correct translation of Math Sabi Ceya name is He Paints Himself Dark Like A Bear. His name was given because of his excellent hunting skills and  success.

Smutty Bear was one of the principal Chiefs in the signing of the 1858 Treaty with United States. He was known as the Chief who held out the longest before signing not wanting to diminish the land or sovereignty of the Ihanktonwan Oyate (Yankton Sioux People).  Because of his stance, he was considered to be the respected symbol of resistance by his tribe and the citizens of Dakota Territory.

IF YOU HAVE ANY QUESTIONS PLEASE FILL IN THE FORM BELOW AND CLICK SUBMIT. DR. GARCIA WILL RETURN A RESPONSE ONCE IT IS RECIEVED. THANK YOU! 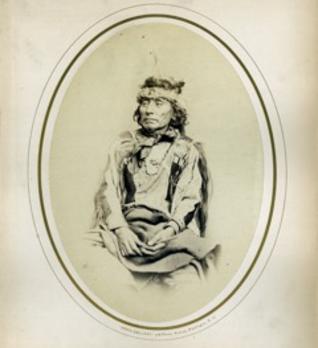 Thank you for contacting us! If needed, you will hear back within 48-72 hours.

Today, leaders are committed to rebuilding the Nation of the Ihanktonwan Oyate by building and controlling its own social institutions including education. ICC is one of those major institutions in this rebuilding process.  ICC is a small college with the majority of the students being non-traditional. The college provides higher educational opportunities close to the homes of its students, which proves to be a strong  factor in the success of our students. It provides students with direct and continued support of their respective Tiyospaye (extended family), which is critical for the success of the student. In addition, the learning is provided in culturally meaningful and familiar environment, which makes students comfortable and welcome. Although the college serves a large part of the Ihanktonwan Oyate it serves other non-tribal members who want and desire the same opportunities and support systems.

The college is non-profit and strives to keep cost low. In fact, ICC is found to be among colleges with the very lowest tuition and fee rates in the country. ICC is considered a distant location under and apart of Sinte Gleska University (SGU). SGU falls under the Rosebud Sioux Tribe and is accredited by the Higher learning Commission of the North Central Association of Schools and Colleges. All courses offered at ICC are accredited under this relationship and approval. 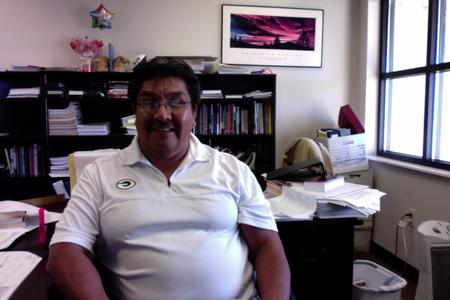 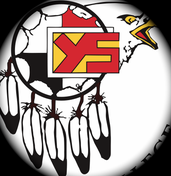