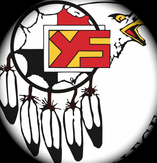 "A People Without History Is Like Wind In The Buffalo Grass …." Sioux

"I love a people who have always made me welcome to the best they had ... who are honest without laws, who have no jails and no poorhouse ... who never take the name of God in vain ... who worship God without a Bible, and I believe that God loves them also ... who are free from religious animosities...who have never raised a hand against me, or stolen my property, where there was no law to punish either ... who never fought a battle with white men except on their own ground ... and Oh! how I love a people who don't live for the love of money." George Catlin - 1868 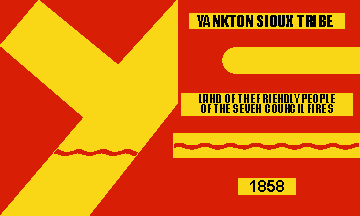 The Ihanktonwan Oyate are part of the “Great Sioux Nation” or better known as one of the Oceti Sakowin (Seven Council Fires). The name "Sioux" is an abbreviated form of a word coined by the Canadian French. The name originates from the name Nadouessioux or Nadoüessioüak, which derives from the Chippewa or Ojibwa language meaning "little snake”.

The Oceti Sakowin is grouped by geographic location and language dialect. The three main geographic include the eastern or Isanti Council Fires i.e., Sisetonwan, Wahpekutewan, Wahpetonwan, Mdewakantonwan; the middle or Yankton council fires i.e., Ihanktonwan, Ihanktonwanna; and the western or Teton council fires. The Oceti Sakowin are respectfully known as Dakota, Lakota, or Nakota. The Isanti use the “D” dialect, whereas the Yankton use the “N” and the Teton use the “L”. However, the Ihanktonwan are known Dakota speakers, but incorporate the “N” dialect.

The attached pages are a tribute and honoring of those we esteem and hold in high regards.